Captivating music performed live, wind rustling through high grass, waves hitting a rocky shoreline, a kettle whistling on a campfire – sounds are powerful triggers of emotions and memories in us, underscoring what we see and making it complete.

Instead of just writing about how this product works, I want to tell you why I, you, any adventurer, videographer or content creator would want or even need a sound recorder like this. And how capturing sound is just as important as taking photos or videos.

Let's start with a little background just to give you some context. I'm Patrick, a professional photographer from southern Germany. Together with my girlfriend Lisa we operate a project and business called Social Traveling which is a wild mixture of adventure, travel, social projects, media creation and welfare.

A large portion of what Lisa and I now do all began from a simple sound recording about a decade ago.

On a trip through Ireland many years ago, I met a street musician who inspired me so deeply I decided to record the music using my ancient non-smart phone. The recording is by no means perfect, far from that. In the middle of the song, you hear a car driving by, and a bit later the musician's dogs start barking. But none of that mattered in the end.

Music has always been very close to my heart. I've been play­ing drums since I was five, and later I added other percussion instruments and the guitar to my repertoire. On my travels, I have often stopped to listen to live music performed by street musicians and found myself so captivated by their music that I walked on with their CDs in my bag. But all too often, listening to their studio albums at home, I felt disappointed since the recording did not convey the emotions I felt live.

While recording the music in Ireland I was annoyed by all the extra noise. But when listening to it later at home, the recording transported me right back to the wonderful moment in Ireland. The noises painted the actual scene to me in perfect detail and made listening to it a very authentic experience, despite the poor technical quality.

This all gave me an idea for a future project.

A few years later in 2015, I embarked on a cycling trip from Germany to Indonesia with my friend Manuel. When planning for this trip I decided to turn the original idea I had in Ireland into reality: I wanted to record albums with street musicians I would meet on the way!

I met the first musician in Albania. Ilirian P. was living in his tent at this time and kept going by his self-written music. He, like the musician from Ireland, had never had an opportunity to record his music before.

Together we recorded 12 of his songs with a portable Olympus LS-14 sound recorder at different locations and sound environments: by a campfire, on an olive plantation and with some friends at a party. The singing birds around us, the crackling of the fire and the shouts and sing-alongs of the audience framed his music perfectly and will immediately put a listener in the situations I experienced while recording the music.

I provided Ilirian with all the audio files and a CD cover for duplication so that he could improve his income a bit by selling the CDs. In return, I also got the rights to distribute his music.

My part of the income generated went directly and in full to a social project dear to me: supporting a school in Kenya. Thus Ilirian, who hardly owned anything by that time, financed the purchase of musical instruments for a school in Kenya, in a very short time.

Later, I produced other albums in this style in Turkey, Portugal and Kenya. Since I have distribution rights to these pieces, when I now hold live multimedia shows of my cycling journey, in addition to the pictures and videos I show I also have sound recording and original music from over 20 countries. Which is invaluable to me!

LS-P5, a Recorder That Does it All

Through my experiences with the LS-14, which has accompanied me for many years in my daily business as a professional photographer and videographer, I have a long-term relationship with the audio recorders from Olympus. The LS recorders have always impressed me with their compactness, great audio quality and the myriad of ways a single device can be used.

Earlier this summer I got a call from OM SYSTEM asking if I'd like to have an opportunity to test a pre-release unit of the new LS-P5 recorder and comment on its use. I was very excited!

This new device is not only one of the smallest and lightest options in its product class but it comes with a lot of new and very practical features. I tested the LS-P5 on hikes, film and music projects in Finland, Norway and Spain and I am absolutely thrilled.

The LS-P5 is a standalone sound recorder which can be used on its own. But, it also can be connected to your camera to work as an external microphone. This ensures that the image and the sound from the external device are combined together directly in the video file. Additionally, you can also have the LS-P5 record the sound on its own memory card to have a backup that can be later synchronised to the video recording in post.

A key benefit to previous LS recorders and most competing devices in its class is the ability to use Bluetooth headphones to monitor your recording live. This makes my workflow so much more comfortable and also allows me to place the recorder near the sound source while filming further away. I can even control the settings of the recorder from a smartphone app!

Due to its compact size and low weight, I almost don't notice the recorder on my camera, but can always rely on very high audio quality in my videos. Since my photography and videography work usually happens out in nature and often on long hikes and trips, the size and weight of all my gear is an important factor for me. The LS-P5 fits right into my set of lightweight Olympus and OM SYSTEM gear.

Even without the camera, the LS-P5 is the perfect companion to record background sounds for many different use cases. For example, besides recording nature sounds and music, I use it a lot for recording ambient sounds, like opening the zip of a backpack or water running in a stream. In my video projects, these small authentic extras bring the whole thing to life way better than using generic stock sounds.

Creating Music By The Campfire

As said, I do also enjoy playing and writing my own music. The LS-P5 is a lovely companion in this regard too since it has an overdub feature that allows me to record multiple tracks on top of each other. This way I can write and match multiple guitar tracks or add other instrument voices on location, without the need for a computer.

There's a lot more to the device, but even with the features I described my conclusion is clear: the LS-P5 offers countless application possibilities and such amazing audio quality that it really is an essential tool for any videographer, musician or content creator.

Born in Southern Germany, at home in the world.

Patrick has been working as a self-employed, professional photo- and videographer for over 10 years. In addition to creative advertising and product photography, his main focus is on travel, outdoor and reportage photography.

Moreover he is a successful speaker and presents exciting live multivision shows about his travels at the largest tour operators in German-speaking countries.

For many years he has been traveling the world as a full-time traveler for the realization of his photo productions - whether by bike around half the planet, in a camper through Europe and North Africa or by bus and train through Kenya, Indonesia and other countries. The focus of his work is the close contact with the environment, which he reflects in an authentic and natural way in his pictures. 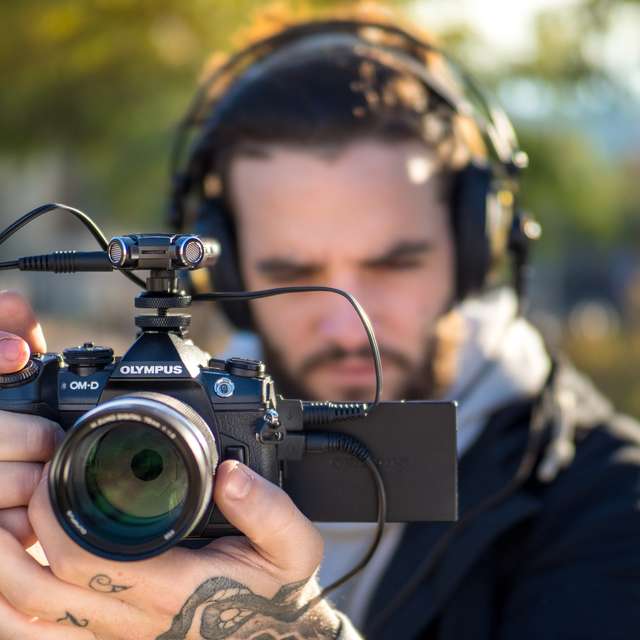 5 Mistakes That Ruin Your Audio Recordings 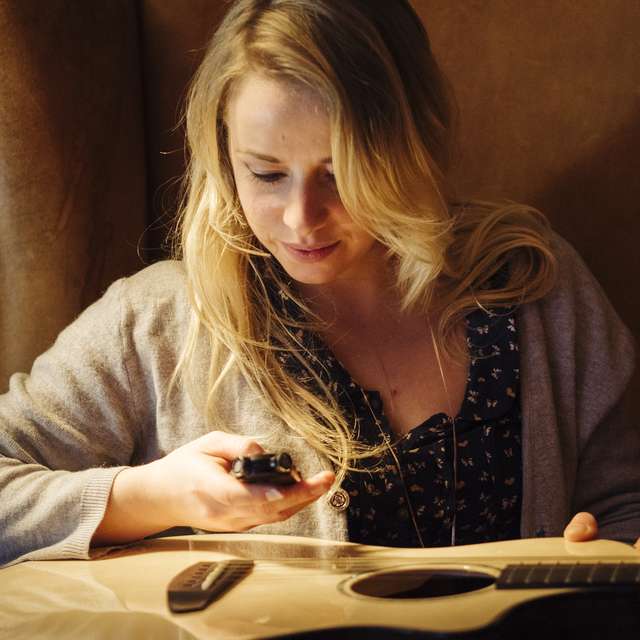 3 Reasons to Choose a Digital Recorder Over Your Smartphone 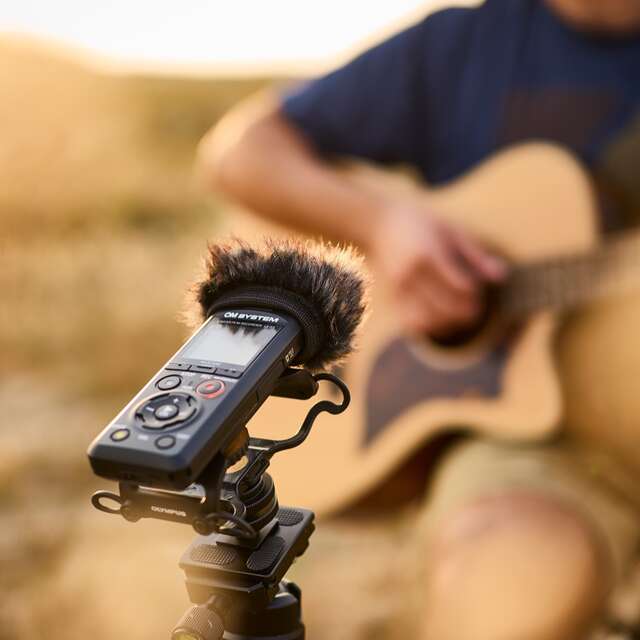 LS-P5: All in One Hi-Res Audio